I just replaced the battery in my iPhone 6. When I attempted to power it up with the new battery, I was greeted with this ominous screen: 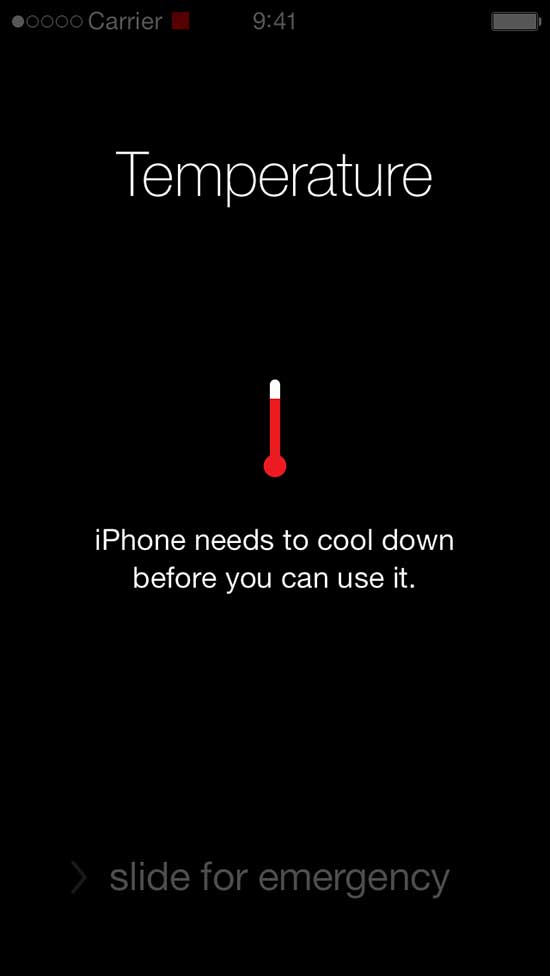 So, if you replace your iPhone battery, and it suddenly gets the over temperature warning screen, first check the battery connection. If the warning still won’t go away, but it goes away when you reconnect your old battery, then your new battery probably has a bad temperature sensor.

Now, I’m waiting for the replacement battery to charge up, to see if it’s any good. I always have trouble finding replacement batteries that actually work better than the broken old batteries that they replace. There are a lot of shady suppliers out there who sell used or low quality batteries. I used the free Battery Life app to check the charge cycle count: 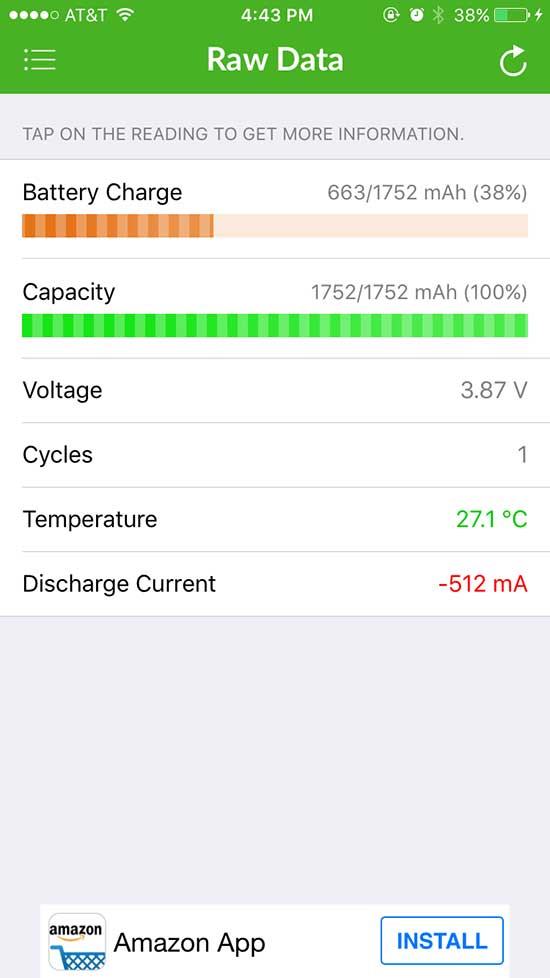 The vendor I bought the battery from claimed that it would have zero charge cycle count, and it has one, but that’s close enough, so I’ll let it slide for now. The capacity is also at 1752/1752, as expected. Of course, these stats could be faked, but at least they appear to be OK, which is some piece of mind. Only usage testing will reveal whether or not I managed to buy a good replacement battery, or another dud.

Update 20160804: So, it turns out that my phone was constantly running hot with the “hand picked” replacement battery I bought on Amazon. I highly recommend that anyone who replaces their battery on an iOS product check it with the free Battery Life app. I found out that the controller chip in the replacement battery was fake. The only stats that would change were the battery voltage and charge leve. The discharge current, temperature, capacity, and cycle count were fixed. After a month of using the battery, the Cycles were still 1! I contacted the seller, and they quickly refunded my money without asking me to send back the defective battery. Buyer beware!