My BAITE BTE14-07 Maple Mini clone came with LeafLabs’ original bootloader. I decided to upgrade to Bootloader 2.0 in order to free up some RAM, and take advantage of some of the new features.

UPDATE: Roger Clark, the STM32DUINO guru, posted a comment below, informing me that you can upload to Bootloader 2.0 by simply loading the updater sketch, without a USB->UART adapter, so you can try that first, and save my procedure below for if it somehow fails and bricks your Maple Mini.

The procedure looks pretty straightforward, but I ran into some snags. Perhaps the easiest way to change the bootloader in a Maple Mini is to use the STM32’s built-in serial bootloader to flash it in. The serial bootloader is in ROM, so it’s a fail-safe method to program the chip. The technique involves hooking up UART1 to a USB->UART adapter. I had a spare CP2101-based adapter that works with 3.3V hardware: 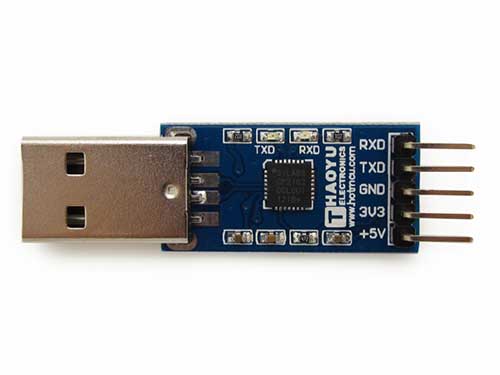 The hookup is straightforward:

Here is what it looks looks like all hooked up: 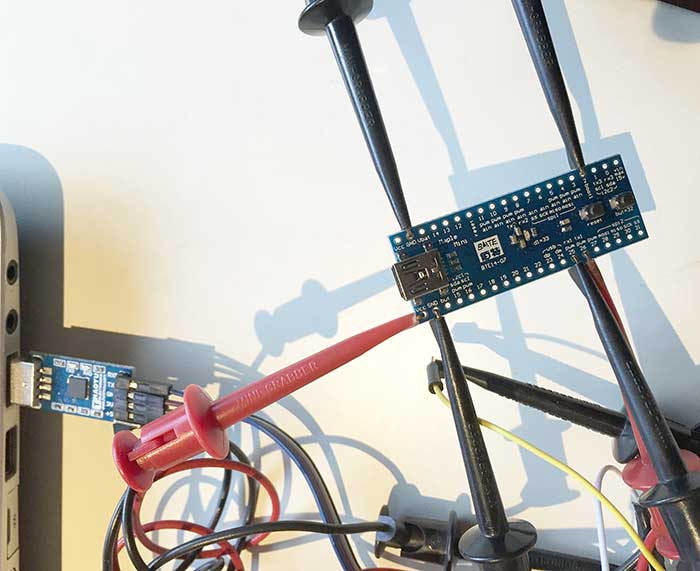 Actually the RX1 & TX1 pins are 5V tolerant, so you can even use a 5V USB->UART adapter. Just make sure to hook up 5V -> vin instead of to Vcc, or you’ll be in for a very unpleasant surprise.

There are several programs available that can program the STM32 in serial bootloader mode. I tried both stm32load.py and stm32flash. Also, you will need the binary bootloader file, maple_mini_boot20.bin.

To put the board into serial bootloader mode, press and hold reset and but, release reset, and then release but. The board will look dead. This is normal. Then execute the command to flash in the bootloader. stm32flash is more straightforward, because it doesn’t require you to install Python. There are pre-compiled versions of stm32flash for various platforms in Arduino_STM32’s tools directory. My computer runs Windows 8.1, so I used the stm32flash.exe:

Note that you need to substitute your USB->UART converter’s serial port for COM19.

Here is how to execute stm32loader.py:

I don’t know what’s the cause of the error at the end, but as long as it writes 7036 bytes, you see Verification OK, the bootloader is installed correctly. Whe I ran the bad versions of stm32loader.py, here is what the output looked like:

Even though it showed Verification OK, note how only 512 bytes were written to the Maple Mini.

If you have successfully flashed in the bootloader, the LED will flash continuously after you reset the board, indicating that the bootloader is running. In Arduino, you also must switch the setting to from Original to Bootloader 2.0:

If, for some reason, you want to revert to LeafLabs’ original bootloader, you can download it here: maple_mini_boot.bin.

The built-in STM32 serial bootloader is not only for installing bootloaders. You can also use it to flash in any other BIN file, including Arduino_STM32 sketeches. 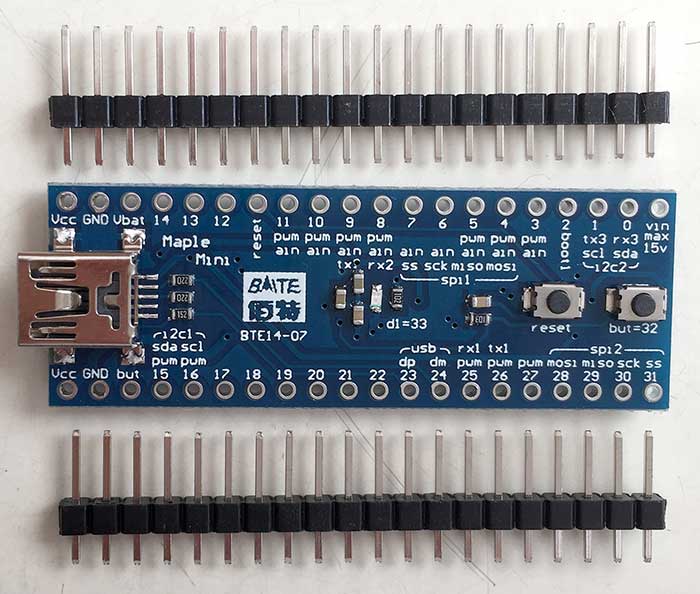