olio & I are working on SLA (stereolithography) printing using lasers, rather than a DLP projector.  The goal is to print with either a polygon mirror assembly as is currently found in laser printers, or a galvanometer, such as is used in laser light shows.  For initial tests, we are using a 100mW blu-ray laser diode.  While waiting for some B9 resin, which cures with visible light, on a lark, we decided try curing some Bucktown 385nm UV resin.  Surprisingly, it cures easily with a 405nm laser.

Today, we decided to try printing a test object on olio’s aluminum x-y bot with gcode generated by slic3r, sending it to Marlin firmware running on the bot, via Repetier-Host.  We arbitrarily chose a 15 mm/s feedrate.  We don’t yet have a way to turn the laser on and off, so instead, we just did fast moves at 150 mm/s.  I wasn’t expecting any sort of success, but amazingly, the first print was somewhat successful!

After draining the resin vat, it looked like all we had was a gunky blob: 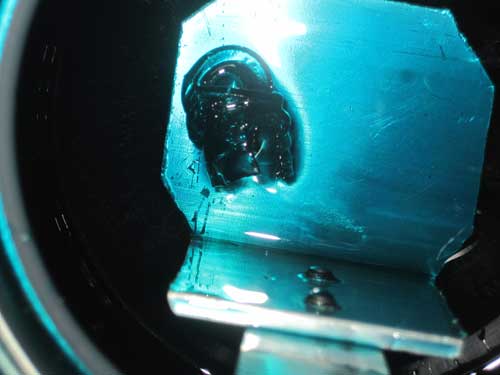 Upon closer inspection, we were pleasantly surprised to find that it actually was a reasonable facsimile of our object, but it was so soft that it broke in half even with careful handling: 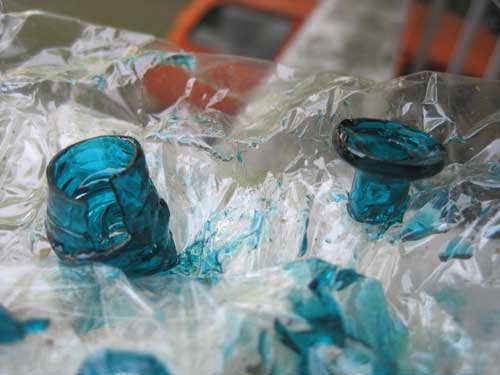 Though the print wasn’t entirely successful, I’m amazed that it worked at all! Obviously, there’s a lot of tweaking to be done, but it’s a good start.

Here’s a Reprapped print of the same object: 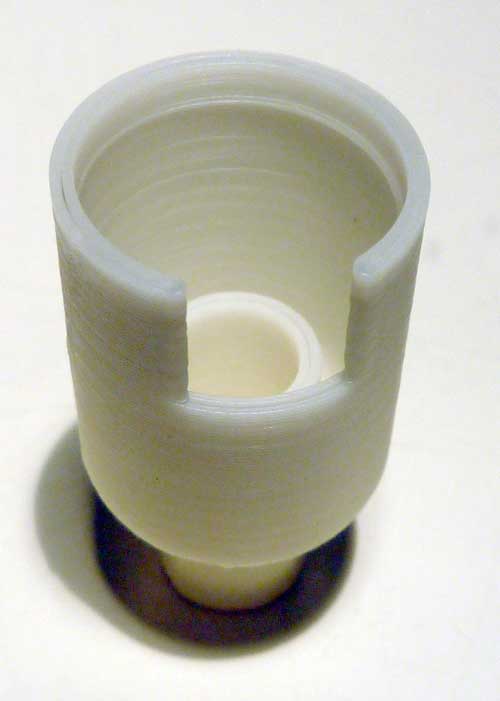