It’s been a few years since I’ve played with Slic3r, so I was eager to play with the current stable version, v1.0.1. One problem I had when playing with earlier versions of Slic3r was that the support material generation was not yet usable. A part I was designing had a big circular overhang in the middle, so it was the perfect opportunity to try out support meterial in v1.0.1 stable. Unfortunately, while the support material worked great for printing, it was almost impossible to remove! The gcode depicted below was generated using the rectlinear pattern: 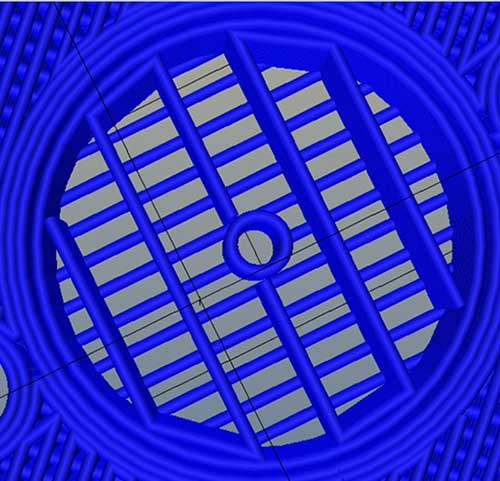 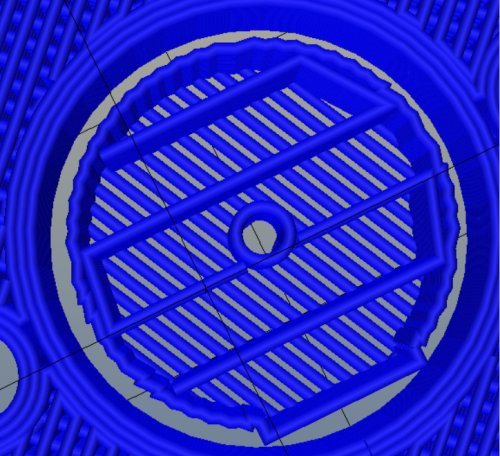 Note the sizeable gap between the support plug and the perimeter of the hole. This time, the supports only took a few minutes to remove. The moral of the story? Use a newer version of Slic3r instead of v1.0.1 stable if you want to generate easy to remove support material. An added bonus of v1.1.4 is a new support pattern, called pillars. It looks like this: 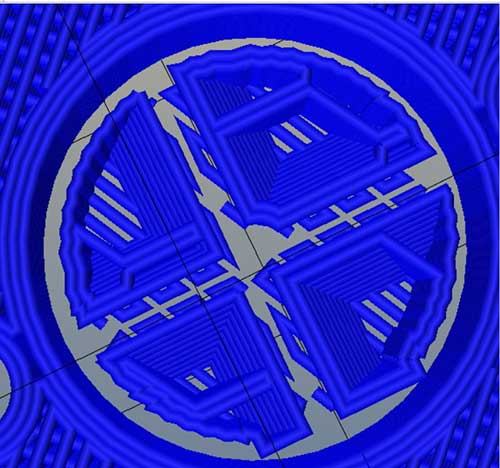