I have a Korg N1 synth, which I’ve had for many years. Recently, it started having strange symptoms: after warming up for several minutes, the audio would get slightly distorted, but only on certain notes. The effect was rather subtle, but enough to drive my wife absolutely bonkers.

First, I tried to isolate the problem. I tried headphones, connected to the jack on the front left of the keyboard, to rule out my amp. The distortion didn’t go away. Next, I compared the output from the rear audio jack to the headphone, and the distortion sounded exactly the same.

I first tried google, to find out if this was a common problem. It turns out that the N1 wasn’t particularly popular, so there wasn’t much info on problems/repairs, not even teardown photos.

OK, time to take it apart. I first took the screws off the wood side panels, and removed the metal cover on the front, under the keys. Totally the wrong approach. Upon looking at it more closely, I noticed that the bottom is hinged. All you have to do is take out the big philips screws, and then it flips open.

Once I had access to the inside, I looked/smelled for any burned/damaged parts, loose wires, and bad solder joints. Nothing looked amiss. Another thing that’s a common failure point in aged electronics is aged electrolytic capacitors. They often go bad. The most obvious clue is that the tops will bulge up or burst open. I couldn’t see any that looked obviously bad, so I started touching the tops of the SMT electrolytics to feel if any of them were bulging. I found one that had an almost imperceptible bulge on top. It’s in the photo below:

The bulge is so slight, you can’t even see it in the photo above, but I could just barely feel it. Surely, this wasn’t the bad component? Since I couldn’t find anything else wrong, I decided to try replacing it.

At first, I was going to try to remove it w/ a hot air gun, but it’s so big, and close to other components, that I decided that was too risky. I searched the Internet again, and someone suggested just cutting the can in half w/ some cutters, and then yanking out the rest. It turned out to be an easy and safe method. And, it left two short protruding wires attached to the circuit board, which made it easier to solder in a new cap. (Sorry, I should have taken photos, but forgot).

Anyway, here’s what it looks like w/ the replacement soldered in place:

I was extremely skeptical that replacing this capacitor would fix the distortion, but amazingly, when I turned it on, and left it for an hour, the problem was gone! It’s been over a month now, and there is no more distortion, no matter how long it’s turned on. Amazing.

Below is a full photo gallery of my teardown: 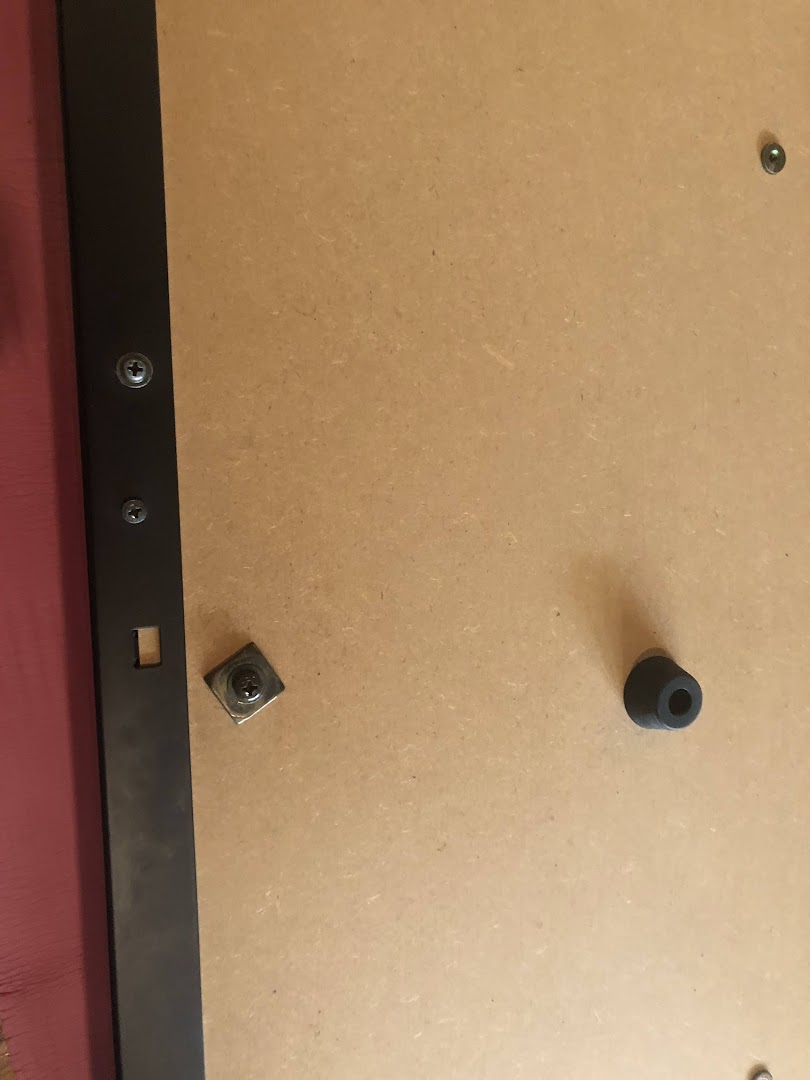 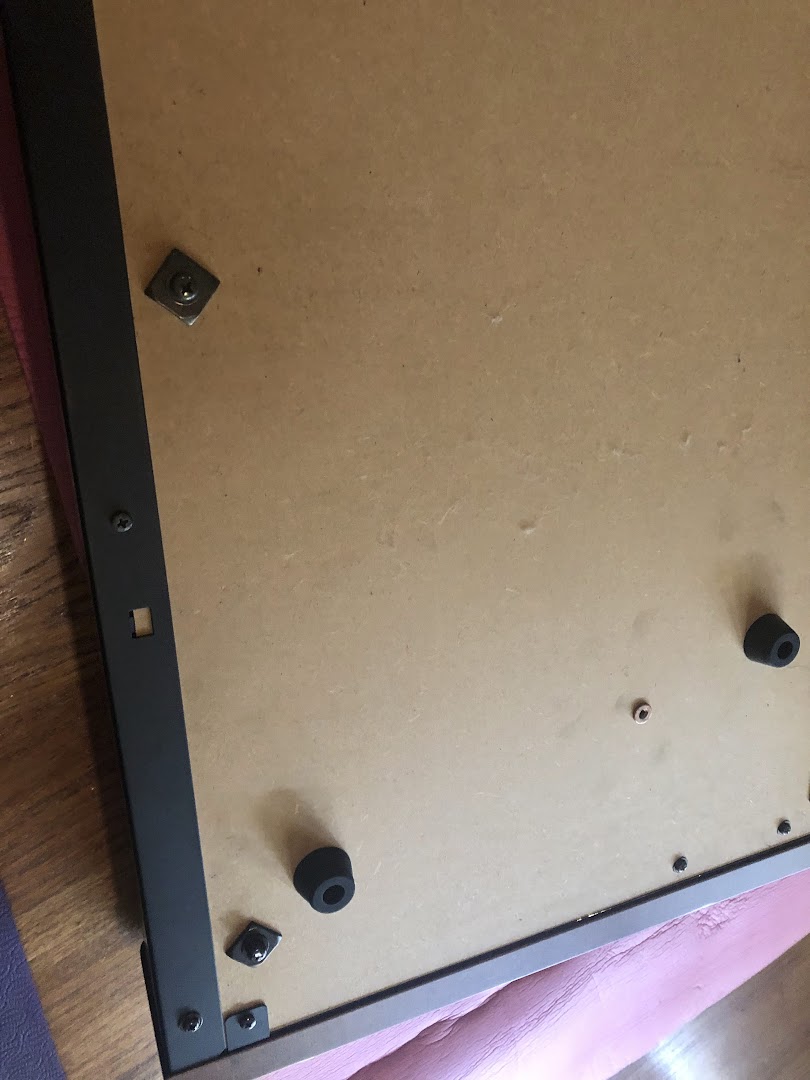 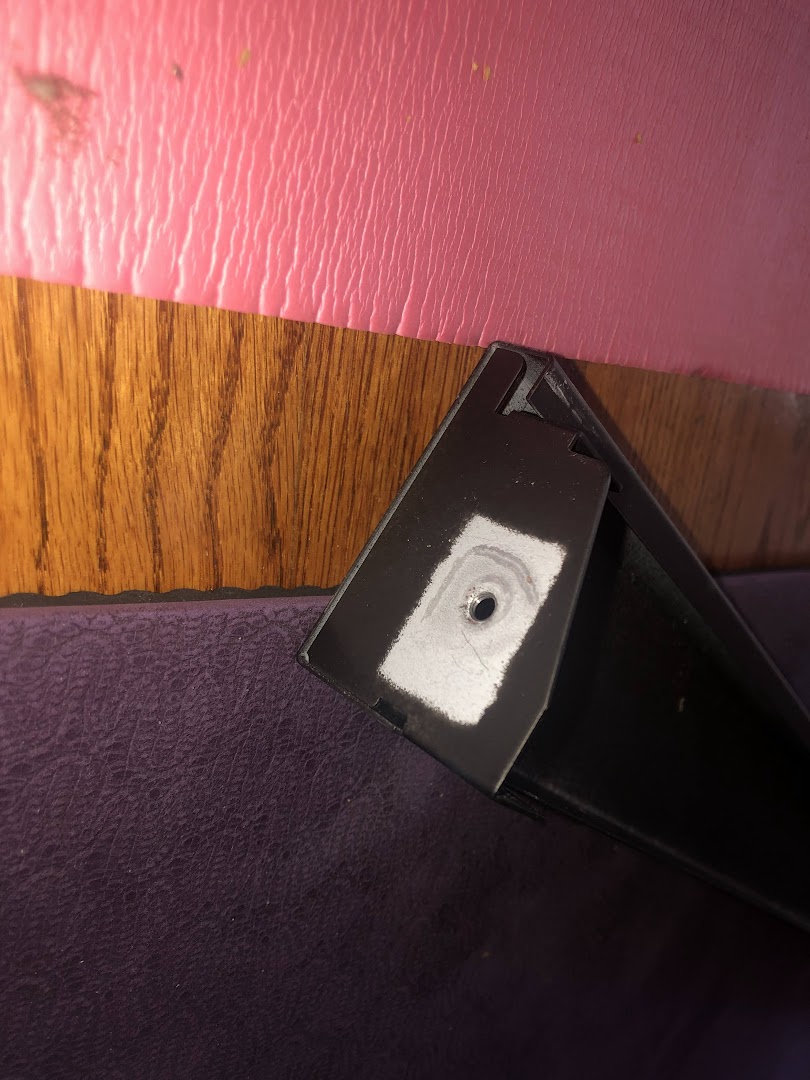 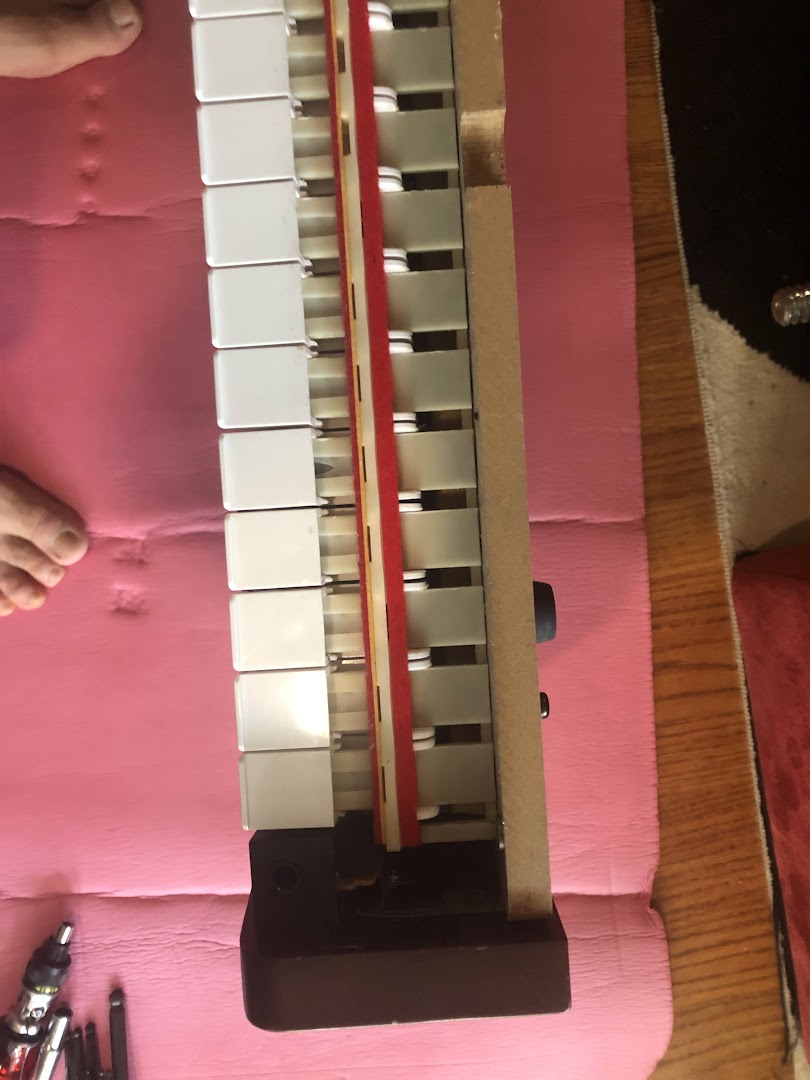 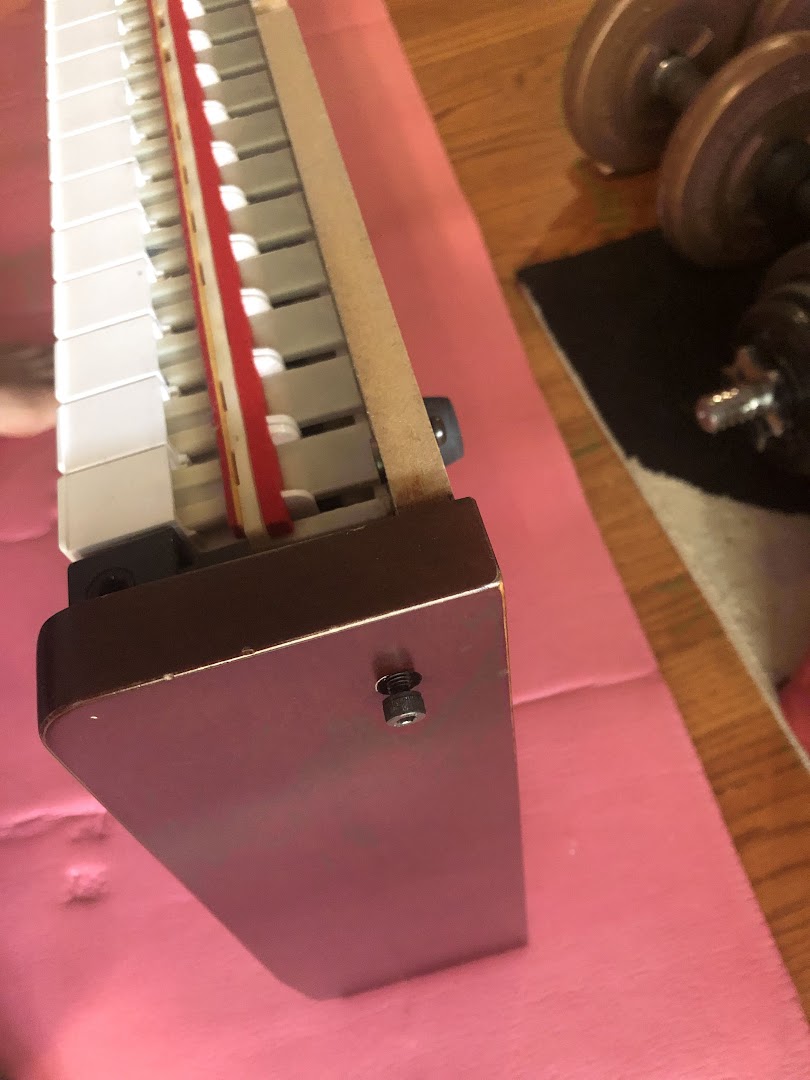 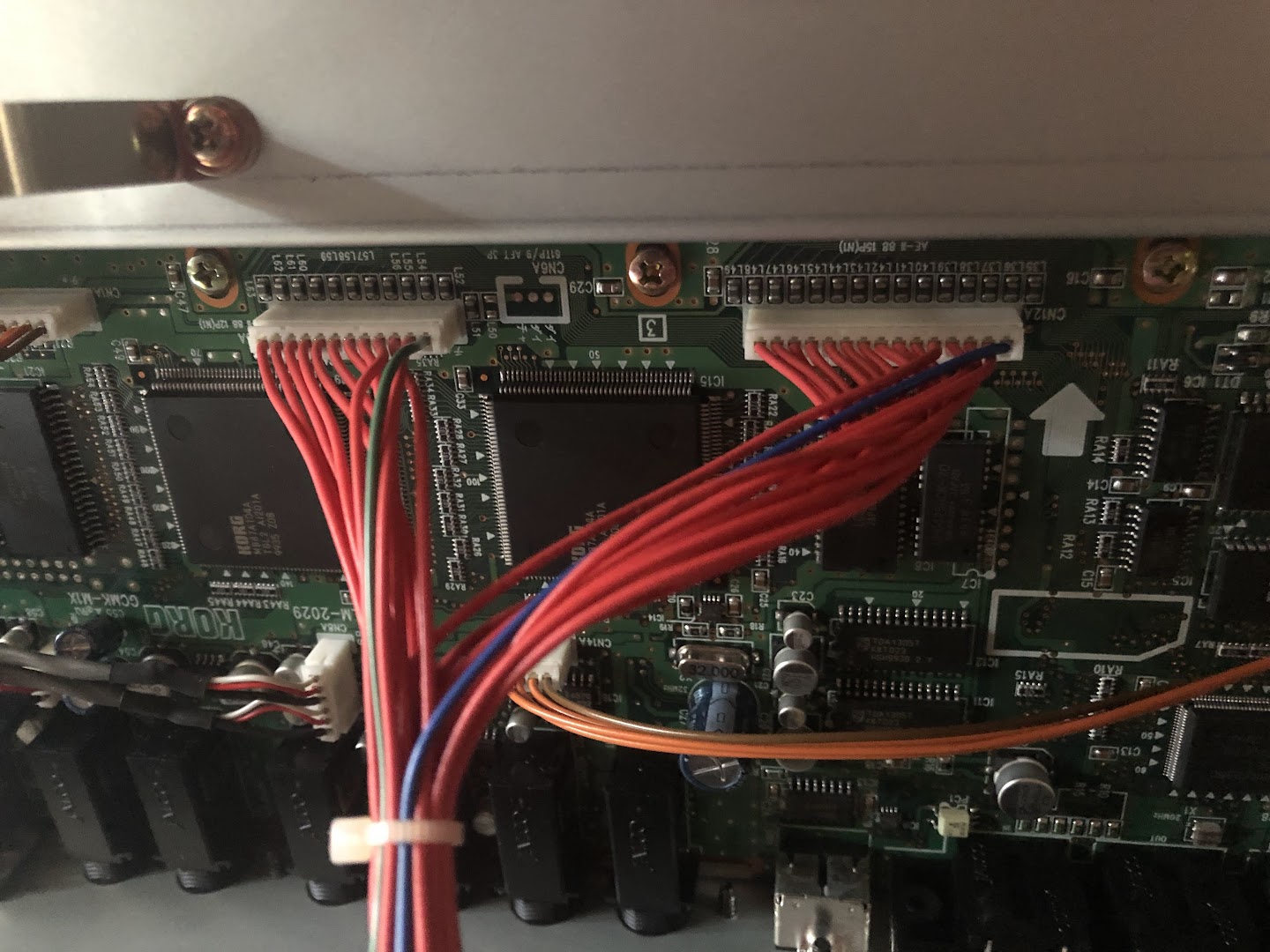 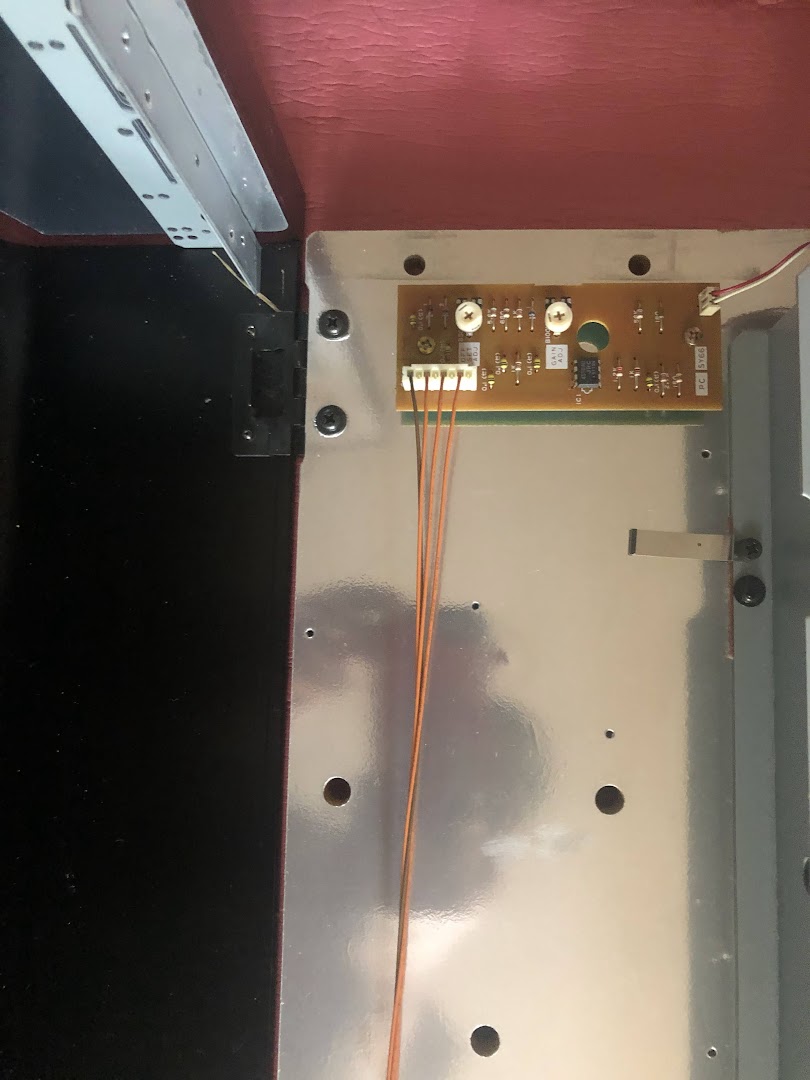 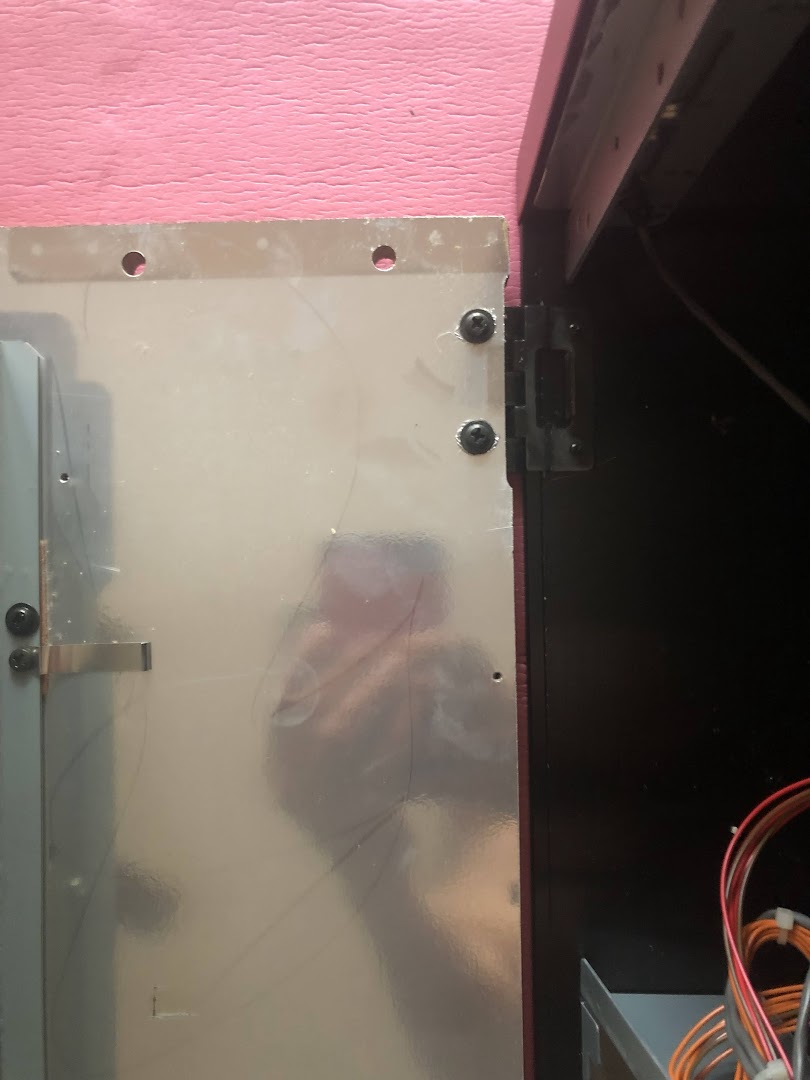 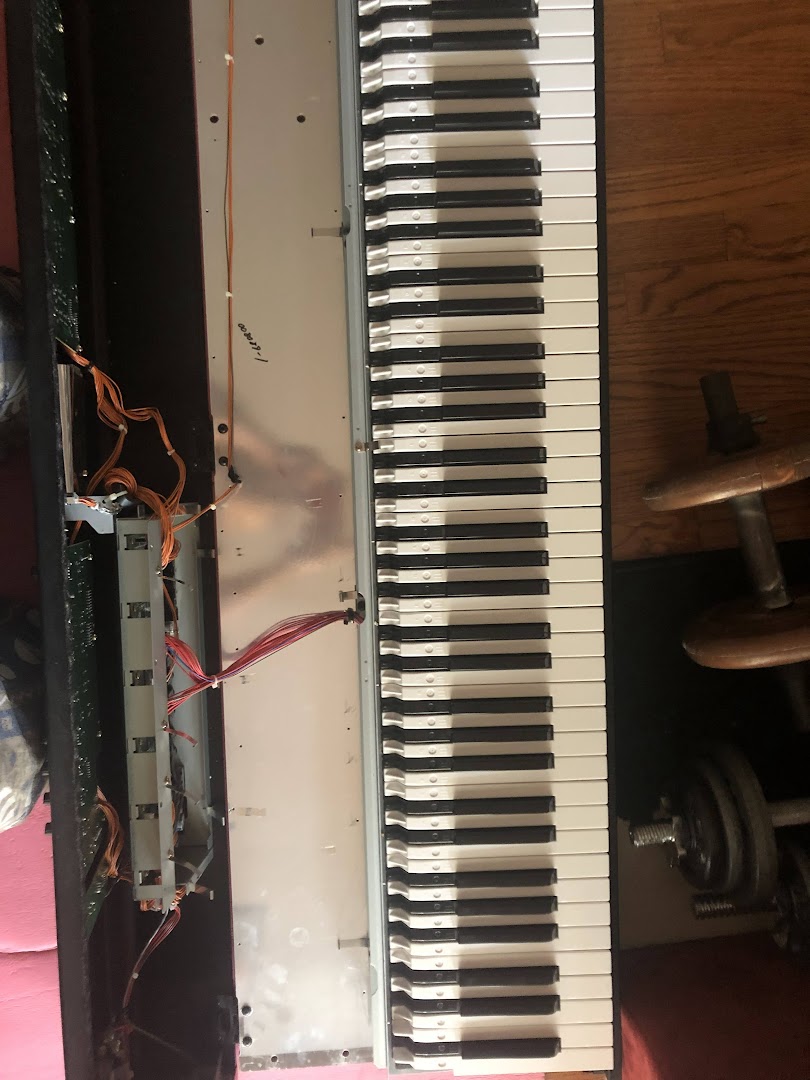 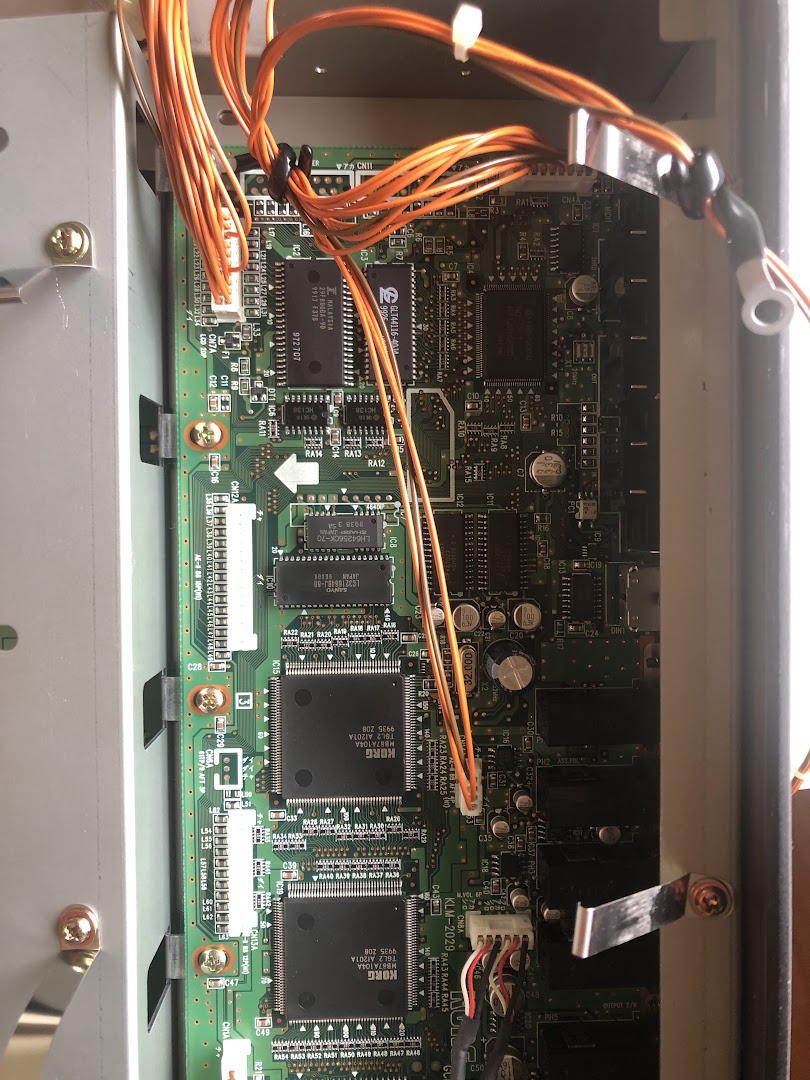 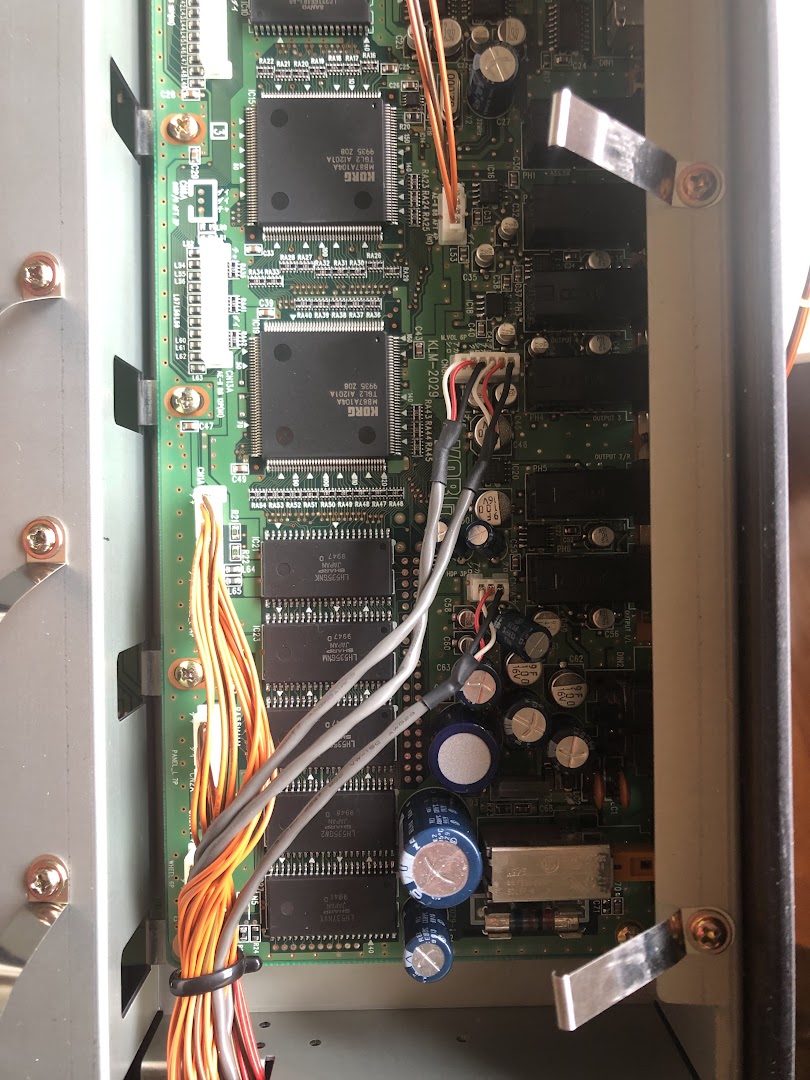 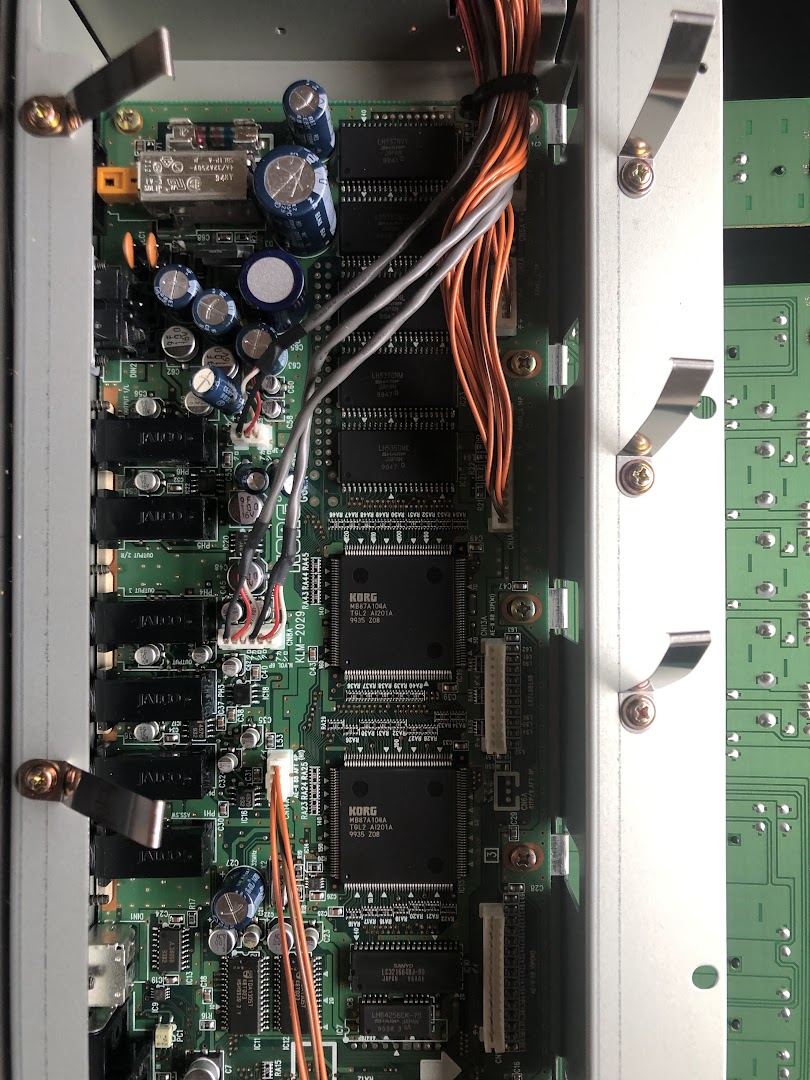 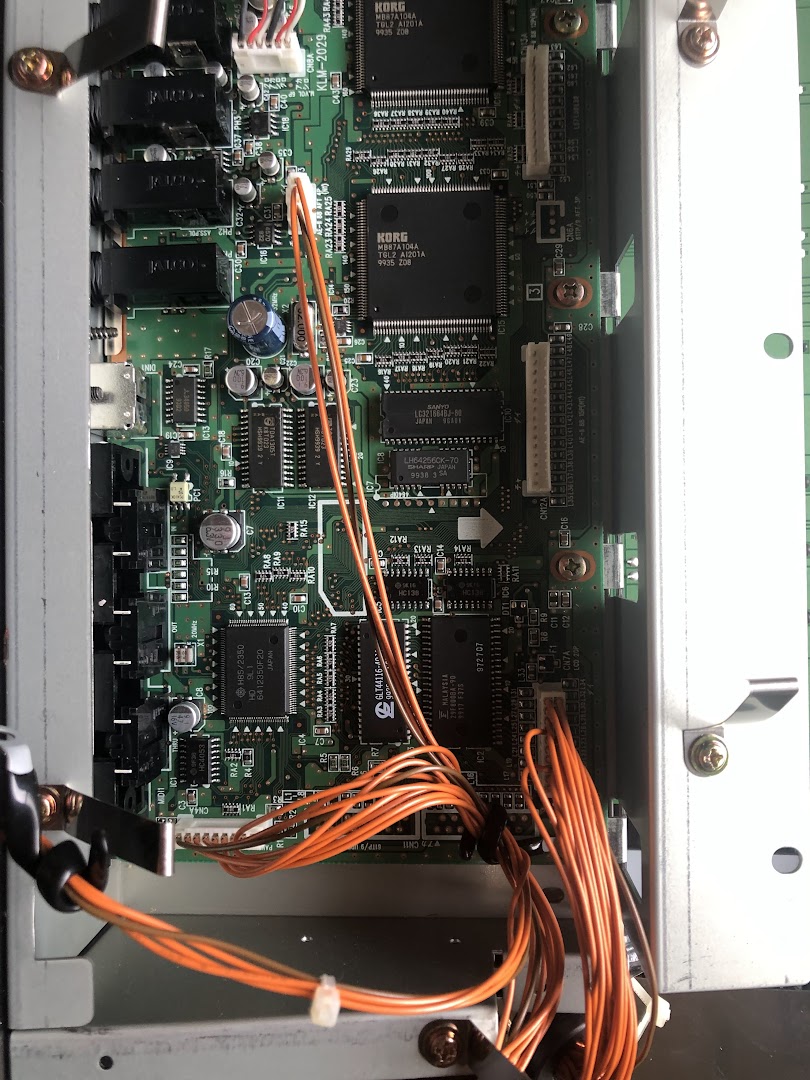 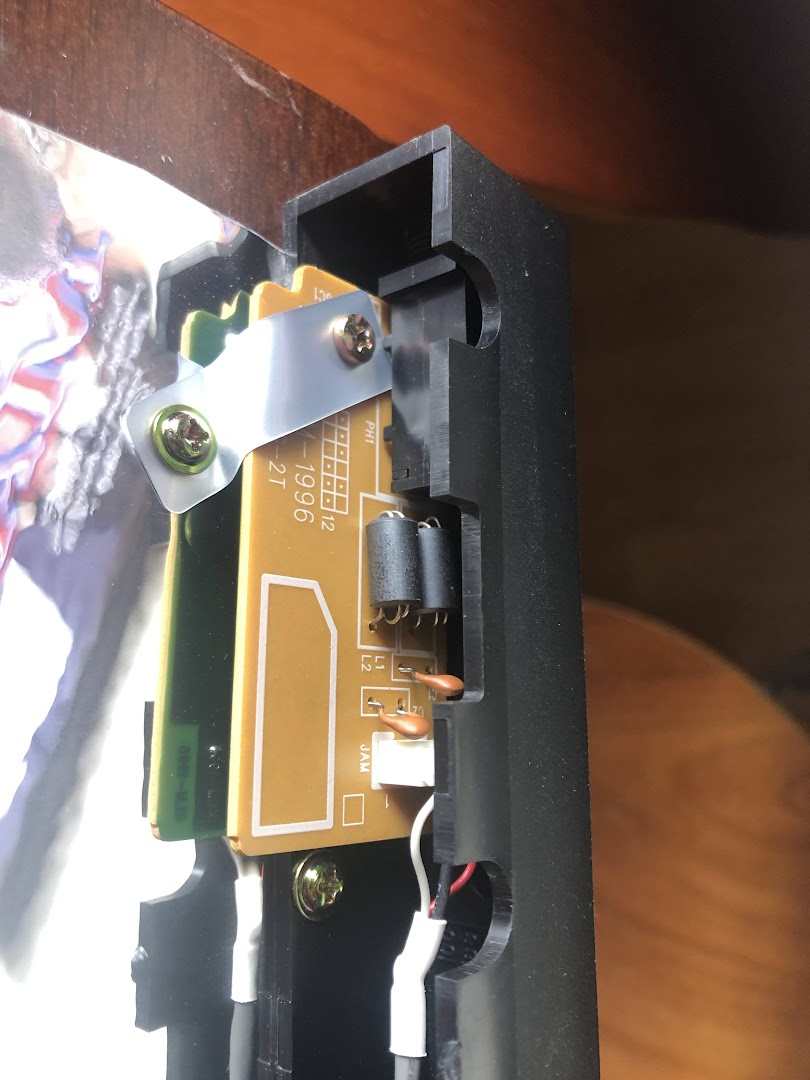 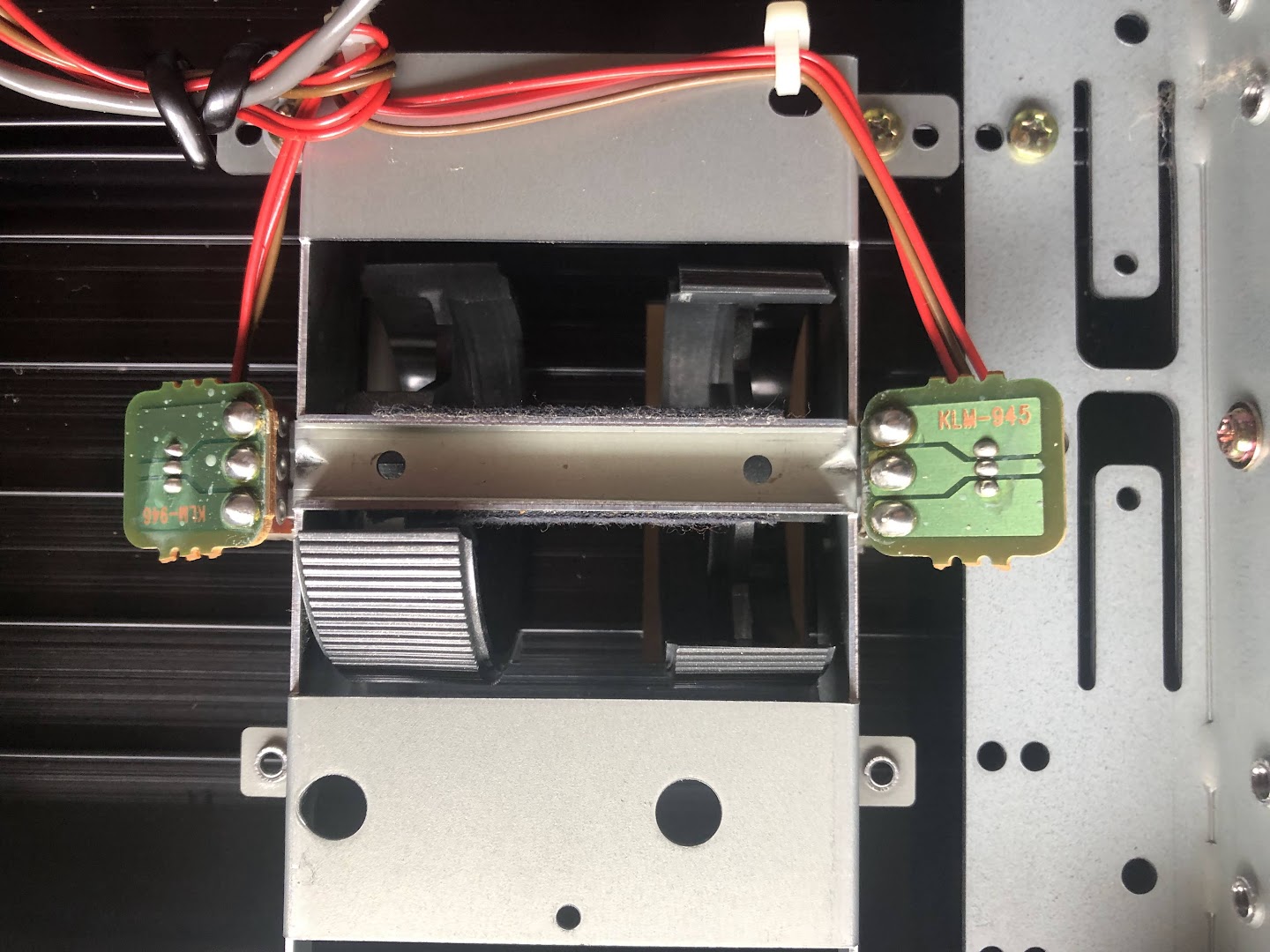 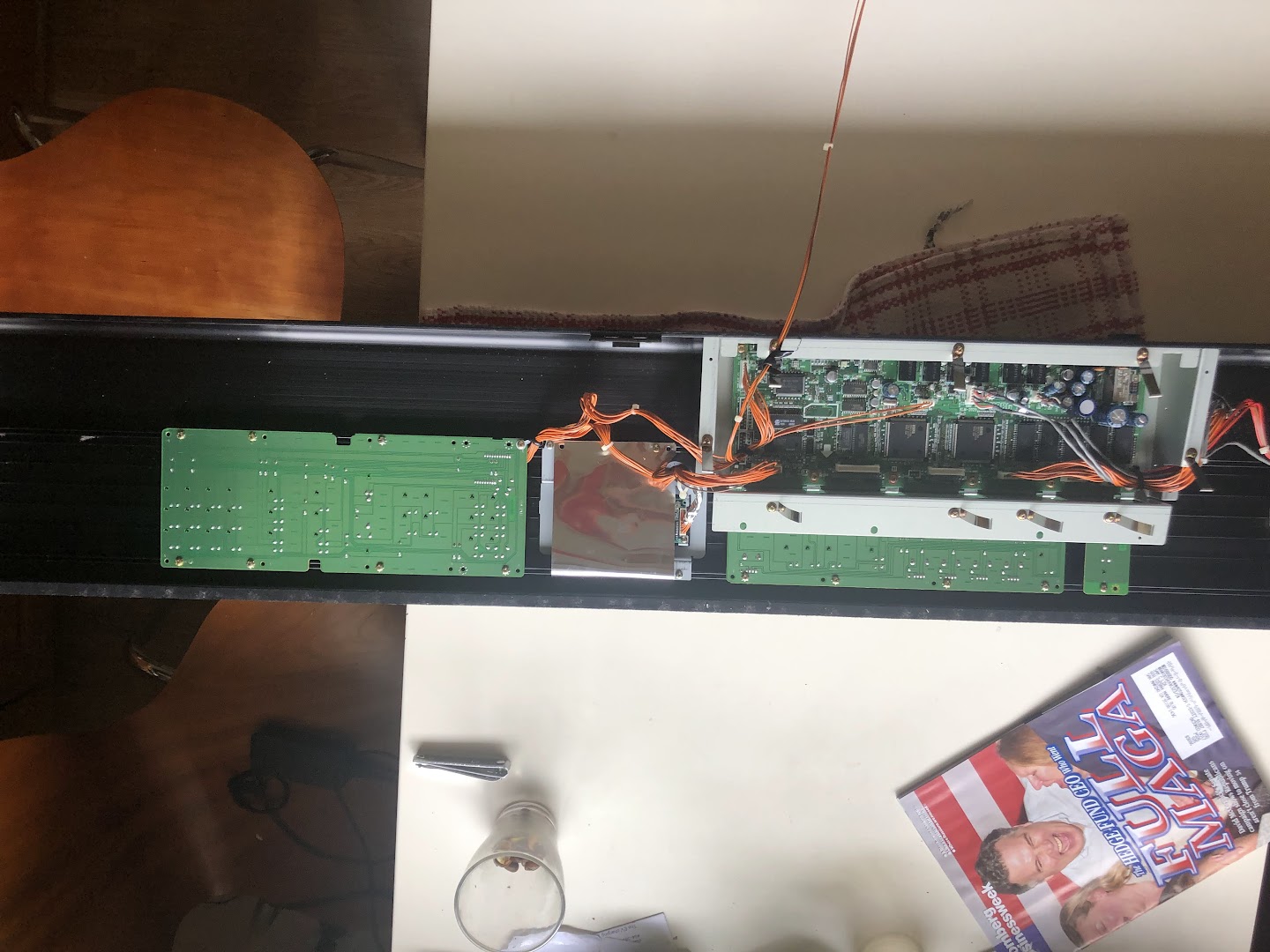 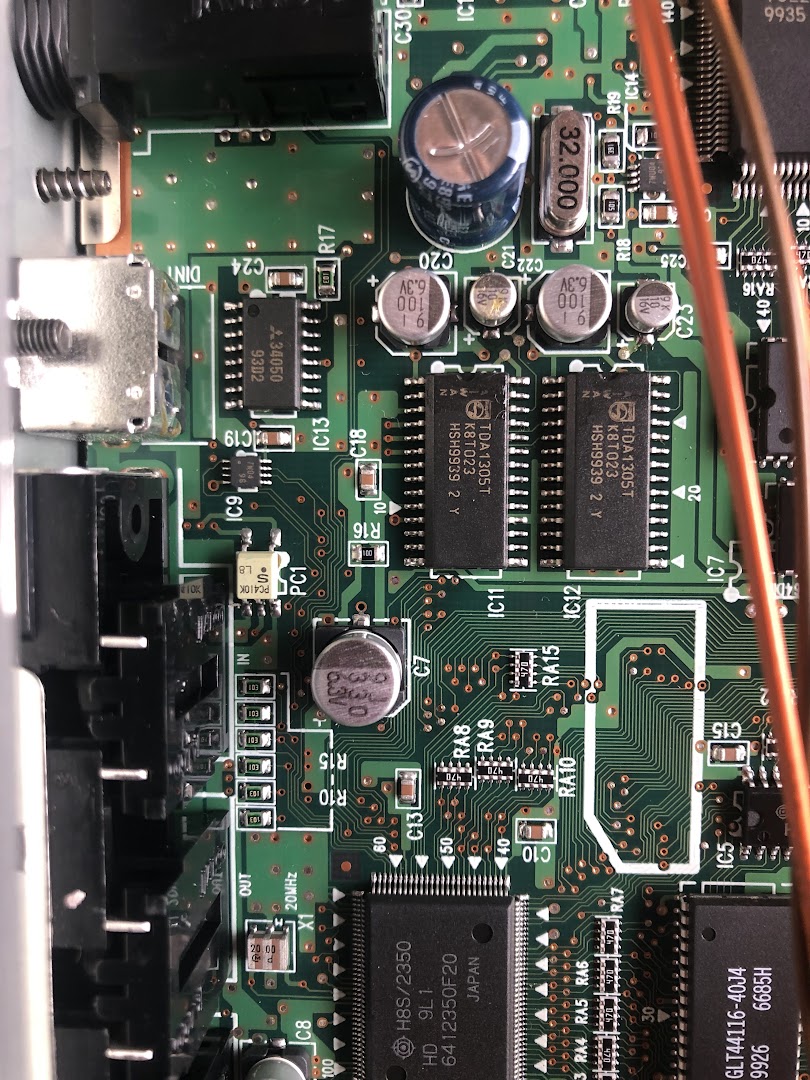 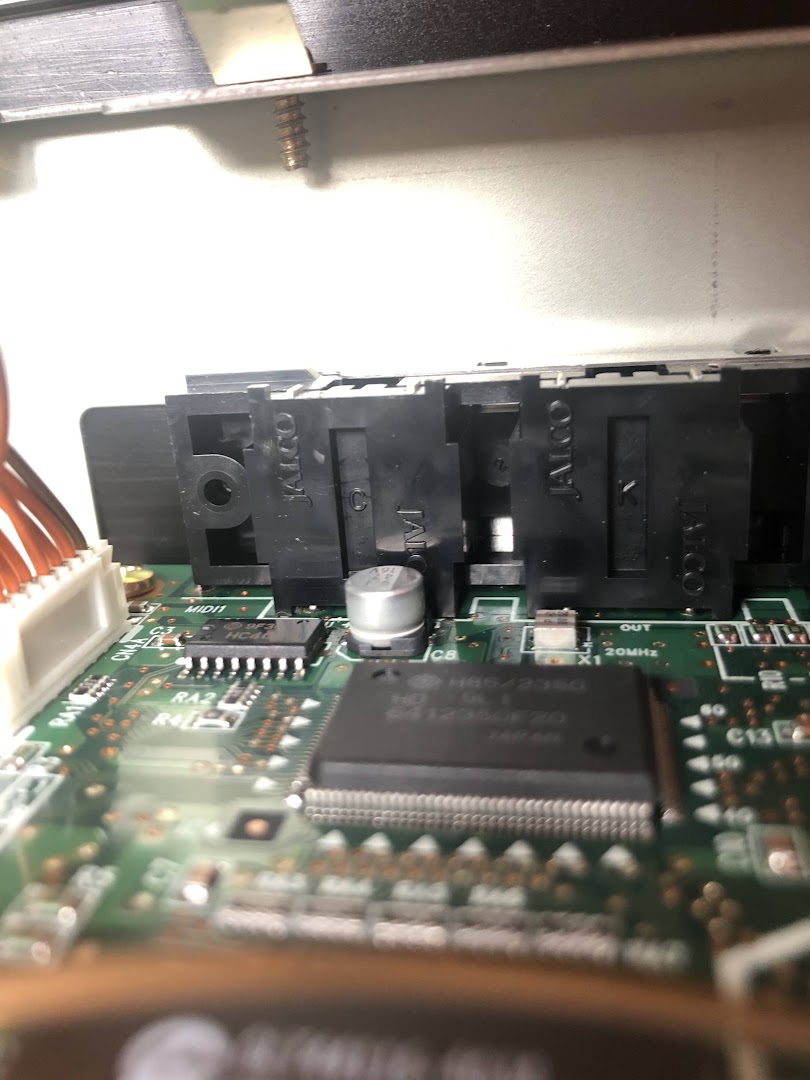 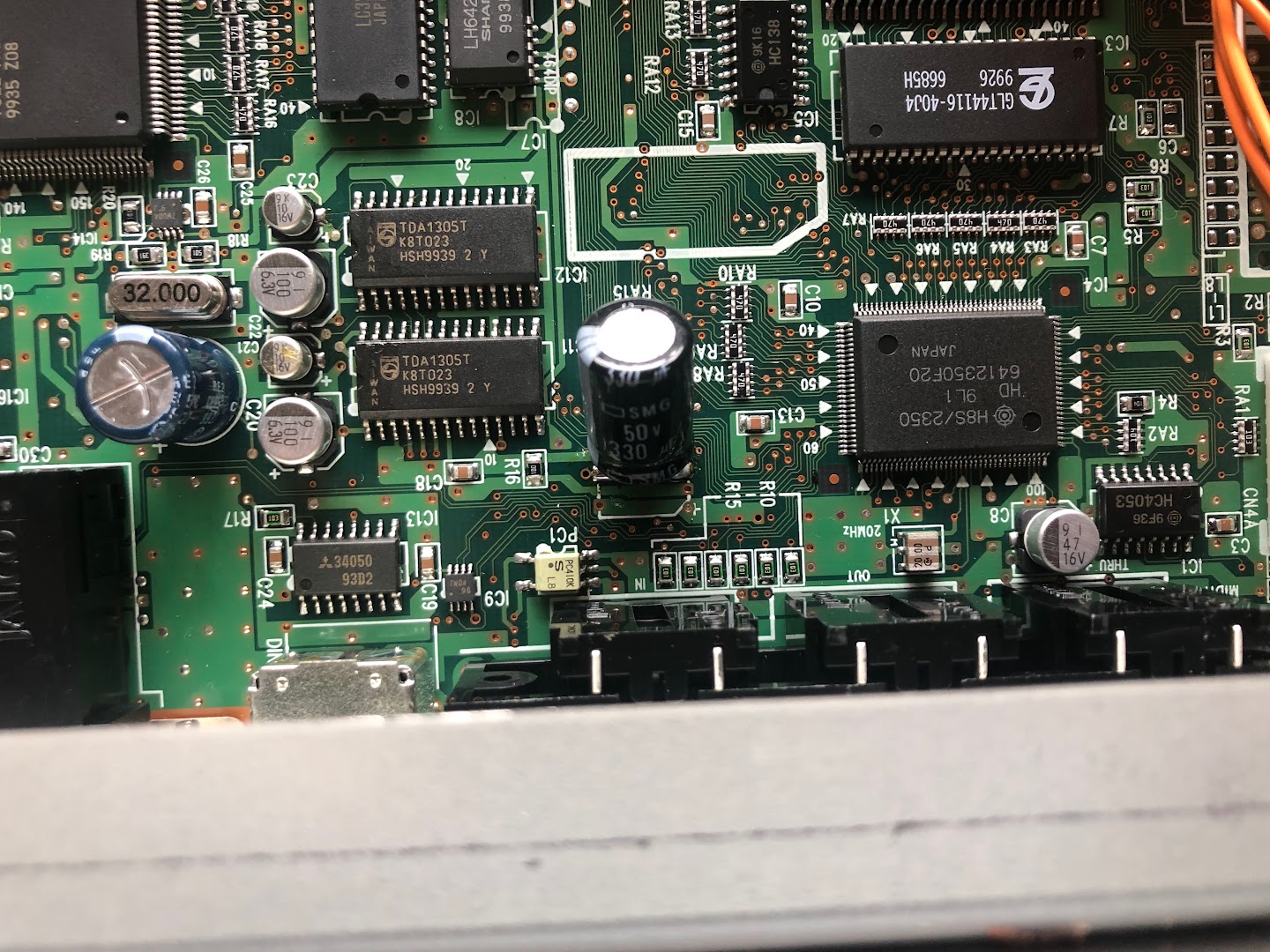