I have a Samsung RF28HMEDBSR french door refrigerator that’s only a few years old. 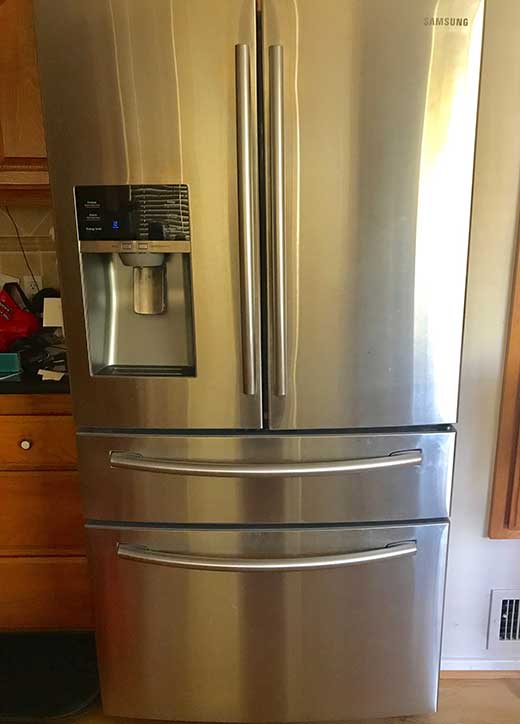 Several months ago, I started to notice a mild clicking sound coming from it occasionally. The sound would always stop as soon as I opened the door, and then usually restart a little while after closing the door. In the past few days, the noise got considerably louder. It became clear that the sound was coming from a fan that was inside the refrigerator compartment. It started sounding like a fan whose blades were hitting something. Then this morning, it became unbearably loud.. like there was an airplane inside my kitchen!

I thought maybe the fan bearings were just dry and needed oil. After doing a lot of research on the Internet, I figured out that the evaporator fan, which circulates cool air inside the refrigerator, was probably the culprit. It turns out that ice builds up on the evaporator (due to bad design of the defrost circuit), and eventually hits the fan blades, causing the racket.  The evaporator fan is a box fan that’s attached to the evaporator cover in the back of the fridge, behind where it says Twin Cooling: 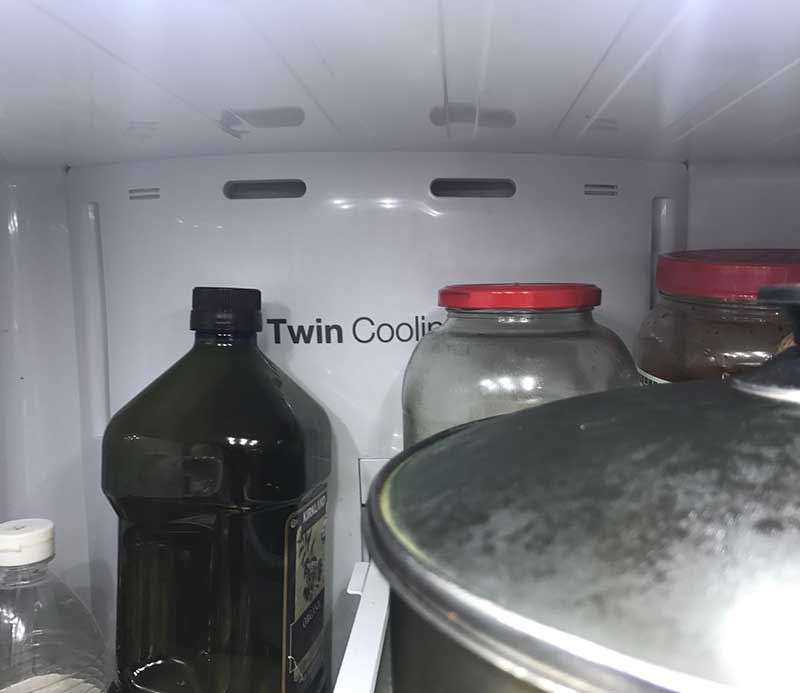 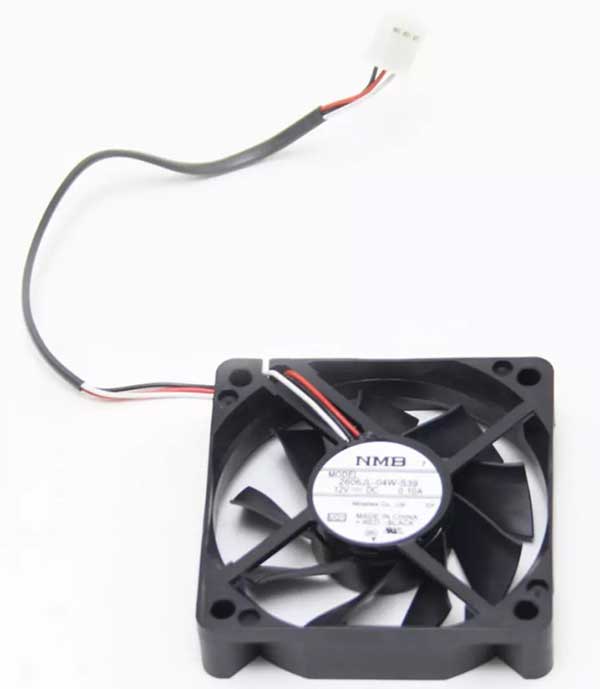 The proper fix is to remove everything from the refrigerator, take out all the drawers and shelves, remove the evaporator cover, and then melt the ice. I didn’t have time to do this today, and just wanted to silence the racket, so I decided to try a quick hack. The ice build up usually occurs on the coolant pipes feeding the evaporator. Notice how there are two large oblong air holes in the evaporator cover (see above photo), above Twin Cooling. The coolant pipes are approximately behind the air slot on the right.

I decided to try blowing hot air into the air slots, to melt some of the ice enough so that it wouldn’t hit the fan anymore. It’s important not to blow air that’s so hot that it melts the plastic cover. I set my dryer to high, and then pointed it at my hand, adjusting the distance so that the air was just a little too hot for me to tolerate. Then I aimed it at the intake slots, at about the same distance, and alternated blowing air into them, 10 seconds at a time, for 2 minutes: 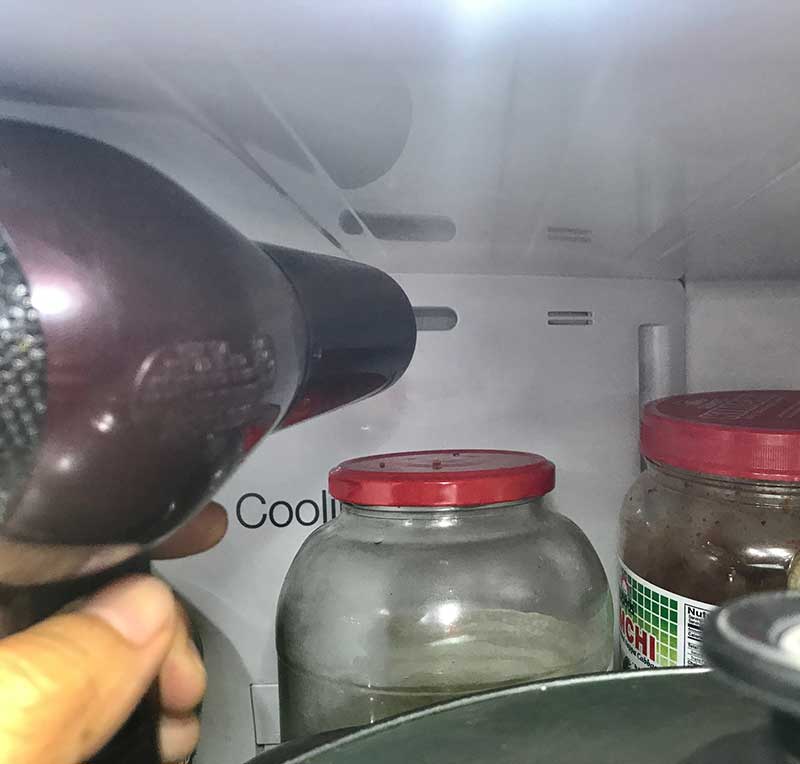 Voila! The noise is completely gone! When I have more time, I will do the proper fix, taking the evaporator cover off, and melt the ice that’s covering the evaporator. Most likely, there’s a lot of ice back there, which blocks air flow to the evaporator, reducing the efficiency of the refrigerator, which wastes electricity, and in the worst case, keeps it from cooling properly. I will make a post in the future, documenting the process as I go.

In the meantime, if you want to tackle the proper fix yourself, here are some YouTube videos which are helpful:

At about 4:35 in the video above, the guy has a good hack for preventing the issue from ever happening again. He moves the temperature sensor for defrosting from the inlet to the outlet pipe of the evaporator, which extends the defrost cycle.

UPDATE 2020-05-20: It’s been almost 3 years since I applied the temperature sensor moving hack described above, and I haven’t had a recurrence of the noisy fan, so it works well as a permanent fix!

The video below gives a lot more details on disassembly procedures: