Looking for something useful to do with your Reprap?  I used mine to fix a couple of nagging issues around the house.

First, one of the rubber feet on my Vitamix blender had gone AWOL a few years ago.  It actually balanced fine on 3 feet, but after I got my Printrbot working, it was one of my first prints (which is why the print quality is so bad, btw … the one on the left is earlier than the one on the right). 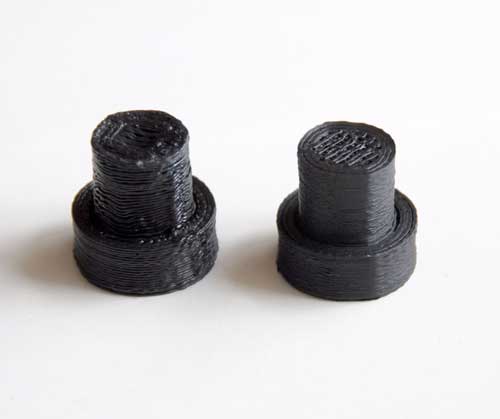 The Vitamix foot was also the first CAD object I ever designed.  I used Autodesk 123d.  The program is bloated, and crashes a lot, but it’s free.  Lately, I’ve mostly been using OpenSCAD instead, and I love it for making parametric objects with exacting measurements, but it’s not so easy to use for more fancy shapes.  Being a programmer, I’m very comfortable using OpenSCAD to program my objects, rather than using WYSIWYG.  Alibre Design is a relatively inexpensive alternative to 123D.  It’s a lot less resource-intensive, crashes less, and more powerful (e.g. it makes screw threads), although it’s slightly less user friendly.

Another nagging problem in my kitchen has been the plantation-style blinds.  They have this heavy wood valances attached to them, which are supposed to be held on by these cheap, brittle plastic clips, which are far too weak.  I searched far & wide for replacements, but no one carried them, so I printed my own: 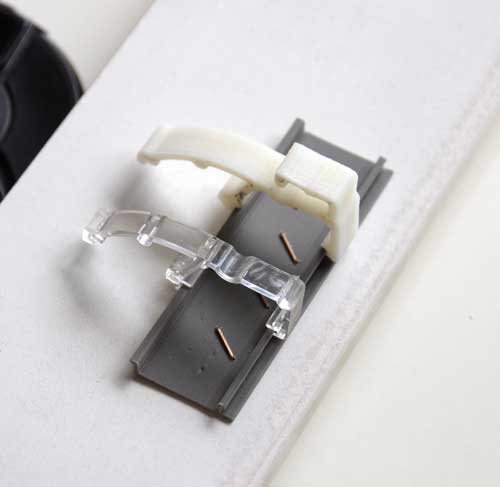 Getting a printable STL facsimile of the original valence clip wasn’t easy.  At the time, I barely knew how to use MCAD programs.  I’m going to try to remember how I created the object, and post a tutorial in the near future.